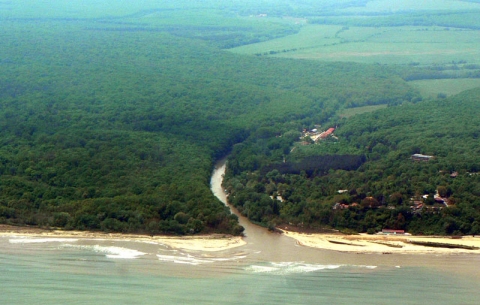 The Kamchia Reserve covers the lower valley of the River Kamchia, including the municipalities of Avren and Dolni Chiflik. The reserve is situated about 25 km south of Varna in close proximity to the resorts of Kamchia and Shkorpilovtsi.

Kamchia was declared a reserve in 1951 by the Ministry of Forests and in 1977 it was included in the global network of biosphere reserves as a part of the program “Human and Biosphere” of UNESCO for protection of the most representative ecological systems on the planet. The dense forests along the lower valley of Kamchia river are especially valuable to the reserve.

Tourist attractions in the region

The municipality of Avren is famous for its ancient settlements and necropolis mound, located near the settlements Benkovski and Bolyartsi. A place to visit near Avren is the medieval rock monastery Keshishlik and the medieval fortress town of XI - XIV century Petrich kale, which are built on the foundations of an early Byzantine fortress from the V century. Today there are remains of the fortress walls and a huge water reservoir carved into the rocks and pillars.

In Tsarevtsi there is a museum complex “Konstantin and Elena", consisting of a church dating from the 1825 and a small school with a carpet-weaving workshop.

There is an astronomical observatory in Avren linked to NAOP "Copernicus" - Varna, equipped and modernized in 2005.In 2006 Project EA began, it is based on educational Phare Alley Way to the Stars. The observatory conducts regular observations by various astronomical clubs.

Oasis Beach Apartments - Kamchia  is a wonderful choice for family holidays in a peaceful environment. Guests may visit one of the purest sand beaches on the Bulgarian Black Sea coast at Kamchia resort, as well as the Kamchia biosphere reserve, protected by UNESCO. The goal of the reserve is to preserve the largest centennial riverside forest in Bulgaria. It is one of the rare places on the Black Sea coast where such forests (longose) may be seen. More than 200 bird species are observed within the territory of the reserve, turning it into a favorite setting for bird-watchers. The holiday resort next to the mouth of river Kamchia bears the same name. The vast beach is one of the purest and most tranquil in the area with fine white sand and secluded coves known only to a few fishermen and mussel pickers.