Tourist attractions in the region 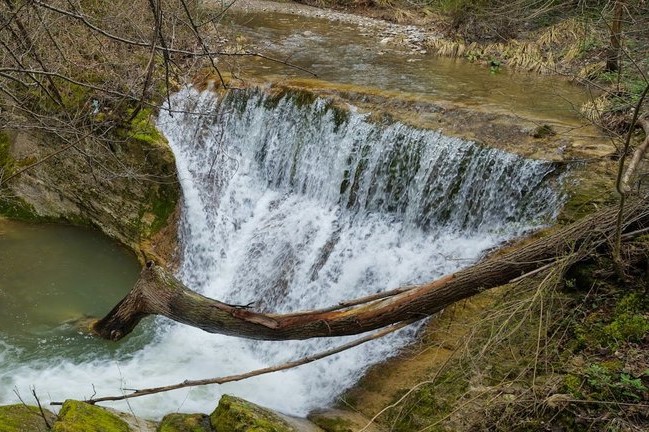 The municipality of Avren is famous for its ancient settlements and necropolis mound, located near the settlements Benkovski and Bolyartsi. A place to visit near Avren is the medieval rock monastery Keshishlik and the medieval fortress town of XI - XIV century Petrich kale, which are built on the foundations of an early Byzantine fortress from the V century. Today there are remains of the fortress walls and a huge water reservoir carved into the rocks and pillars.

In Tsarevtsi there is a museum complex “Konstantin and Elena", consisting of a church dating from the 1825 and a small school with a carpet-weaving workshop.

There is an astronomical observatory in Avren linked to NAOP "Copernicus" - Varna, equipped and modernized in 2005.In 2006 Project EA began, it is based on educational Phare Alley Way to the Stars. The observatory conducts regular observations by various astronomical clubs.

Close to village of Goren Chiflik is located Waterfall Orlov Stone. Discover it.

The natural phenomenon Pobiti Kamani, also known as The Stone Forest and Dikilitash, is situated on an area of 7 square km. The natural landmark consists of an ensemble of stone columns, up to 10 meters high, hollow or thick cylinders, crossed cones, variously shaped and sized rock blocks and multiple stone pieces, spilled around the entire complex.

Varna is really close to the complex, only 23 km far from it. You can have a walk around Varna and discover all it's landmarks. In the centre of Zlatni Pyasatsi Nature Park is situated Aladzha Monastery. Aladzha Monastery is one of the few cave monasteries in Bulgaria where the different premises and their functions are clearly distinguishable.